On September 29th we played an invited showcase as part of the “Nekkawedstrijd” in the AB Club inside the Ancienne Belgique in Brussels. This is a bi-yearly competition for Dutch singer-songwriter style music, ultimately leading to a gig in front of 15k people. If you win, obviously.

This is the story leading up to the show case.

On July 30th (1 day before the deadline) I uploaded the single-take demo-recordings of three brand-new songs I wrote in Dutch the months before. Note: I never really wrote any lyrics in Dutch before that.

Beginning of September, I then got the fantastic news that I was invited for a live audition. Two songs with band, but ‘as acoustic as possible’. Read: acoustic guitar and no full drum set. 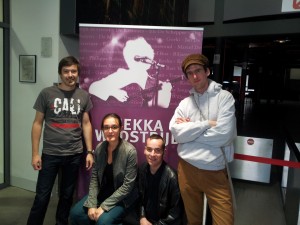 Under the new project name “Zwerver” , I started putting together a band with percussion (cajon), cello, and after suggestion from the percussionist, a marimba(!). Apparently a marimba is not a xylophone on steroids. It is a fully ‘pimped-out’ xylophone with resonator pipes that has been on triple steroids for-way-too-long and comes with wheels to move it across the stage. Luckily enough this particular marimba could be disassembled (and re-assembled) easily and transported in a small car.

On the left is the team in the entry hall of the Ancienne Belgique in Brussels, Belgium after playing our show case…

And here’s a picture of us during the show case (courtesy Hilde Fraseur). 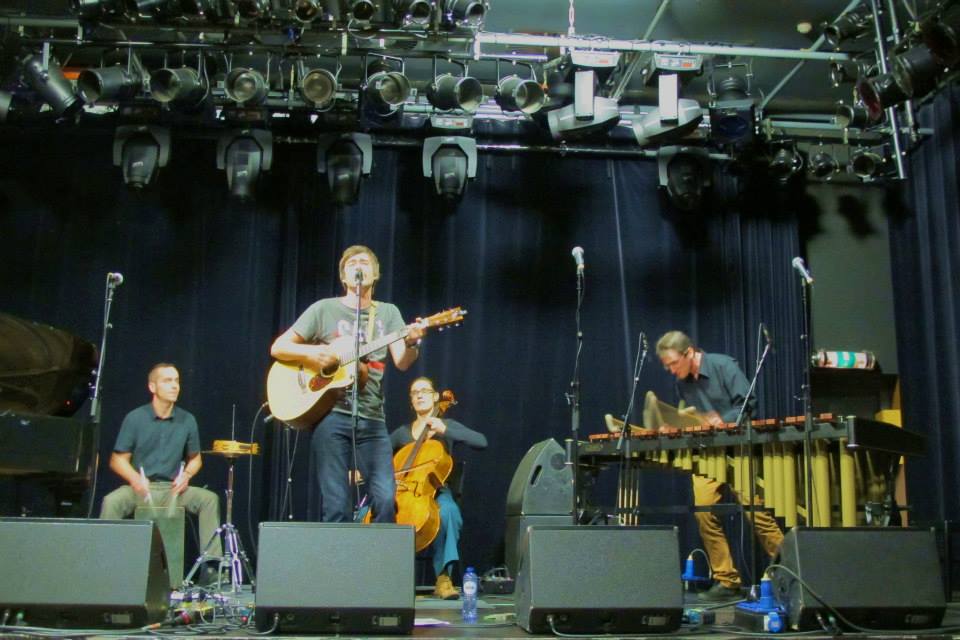 Now we’re waiting for the outcome !